Clint Marsh is a fascinating human who has politely agreed to etherically stop by the ThermoNuclear Bar offices on Wednesday 8/8 to talk about some of his new books; The Secret Doctrines of the Rosicrucians and Goblin Proofing Your Chicken Coop, and other topics like underground publishing, esoteric training, etc!

So, put down the croquet mallet, brew some strong tea and enjoy our chat! 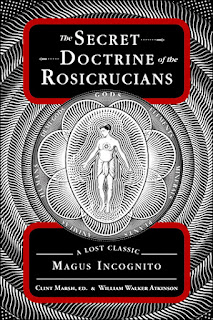 
The Rosicrucians are a truly “secret society” whose philosophy has come to light at different points in history. In the 1600s they issued a set of manifestos calling for an enlightened revolution that would reshape society into a more democratic ideal. Even the American Founding Fathers were influenced by these manifestos.

Writing as Magus Incognito in 1915, William Walker Atkinson introduced a new generation of readers to the Rosicrucian ideals, as well as to a myriad of connections between occult concepts as varied as alchemy, reincarnation, the astral plane, auras, Eastern and Western mysticism, and the “evolution of mankind” among seven esoteric versions of planets in our solar system. 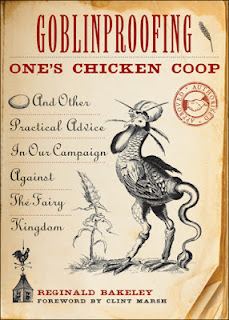